A hike along the ridge trail is a unique experience. This winding intricate path leads over cliffs and through narrow crevices from the Grandfather Rock (Großvater)in Blankenburg (Harz) to the Hamburger Wappen at Timmenrode. Past striking rocks with imaginative names such as Gymnast Rock, High Sun, Pig's Head, Devil's Cauldron, Dwarf Cave or Ludwigsfelsen - which in its profile refers to Louis XVIII. Remember - hikers always enjoy the impressive views of the Harz foothills, Blankenburg Castle and the Harz Mountains.

The Grandfather Rock, with the restaurant of the same name, right on the outskirts of Blankenburg (Harz), is the starting point for many hikes and a popular vantage point with a real adventure playground for children. In the middle, the Devil's Wall is cut by a pass, the so-called Sautrog. Nearby are the Thunder Grotto (Gewittergrotte) and the burrow, an artificial walk-in rock cellar. The eastern end of the Blankenburg Devil's Wall is defined by a small medieval fortification, the Kucksburg. From the Grandfather Rock over the ridge path and below the Devil's Wall through the Heidelberg is a popular circular walk of about 8 kilometres. A stop on the way is possible in the excursion restaurant „Helsunger Krug“ and restaurant „Zur Teufelsmauer“ in Timmenrode.

Geologically, the sandstone of the Devil's Wall natural monument was created about 85 million years ago as a deposit in the oceans of the Upper Cretaceous period, when dinosaurs inhabited the earth. At the end of the Cretaceous Period and in the Tertiary, these layers were erected steeply by the raising of the Harz so that a unique layered rib landscape emerged along the northern edge of the Harz.

On the other hand, the legend surrounding the creation of the Devil’s Wall is much more common. The story goes that god and the devil once fought for power on earth. They agreed to divide the land in two if the devil could build a wall between the Harz and the Harz foreland in just one night before the first rooster crow. But shortly before sunrise, a maid with her rooster was on the way to the market. When the devil heard the rooster crow, he smashed the wall with rage. The remains are still visible today.

Climbing adventures are not only offered by the rocks of the Devil's Wall. Families with children will find the Blankenburg climbing forest with zip line and many climbing elements nearby.
Different levels of difficulty offer challenges for all ages. 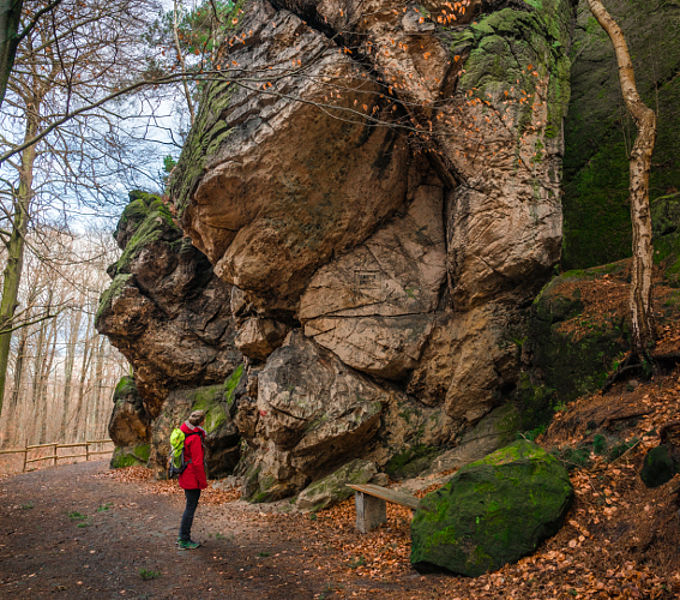 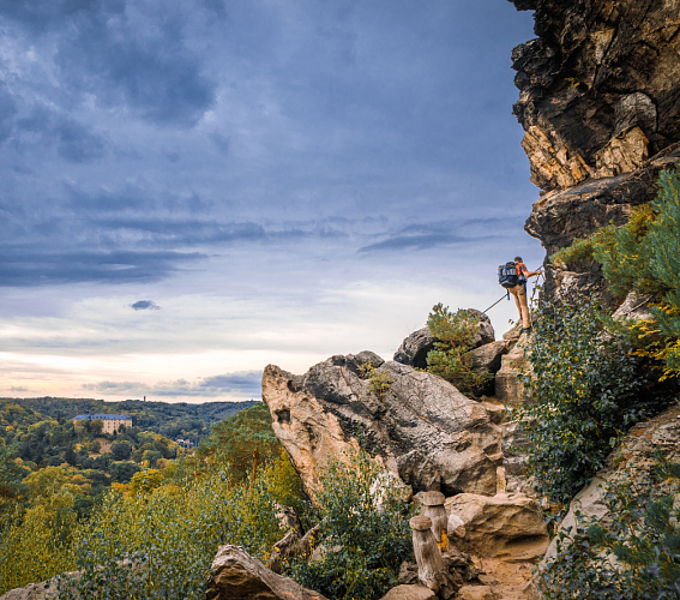 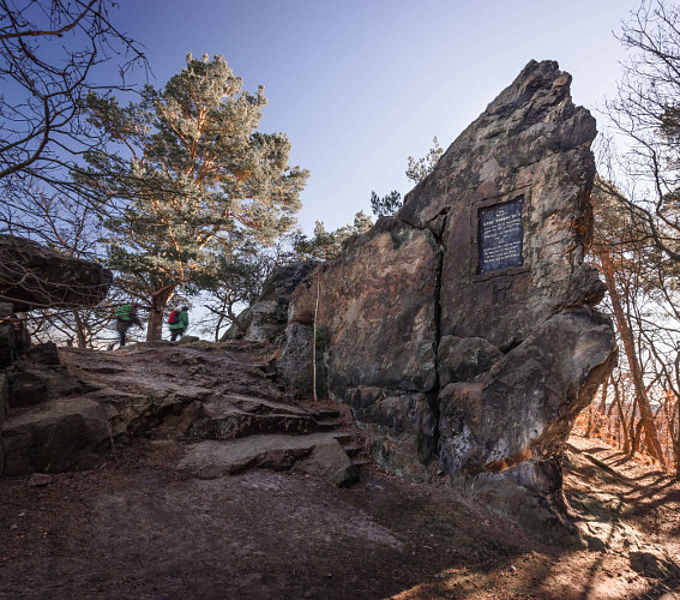 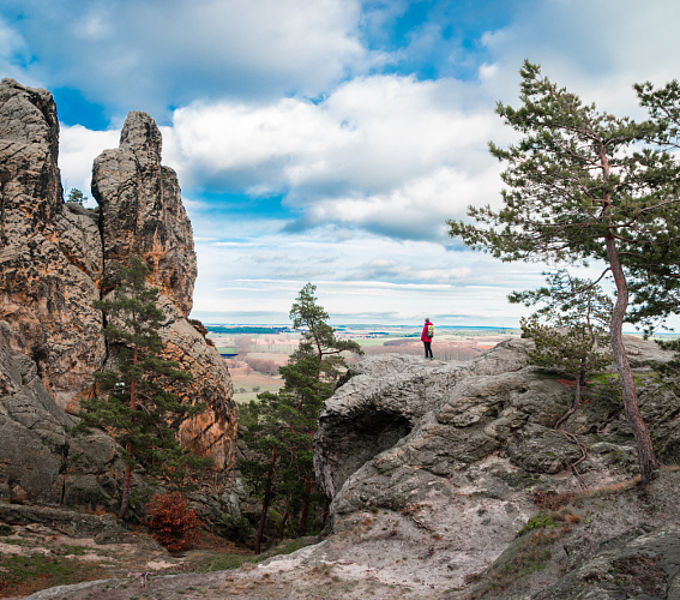 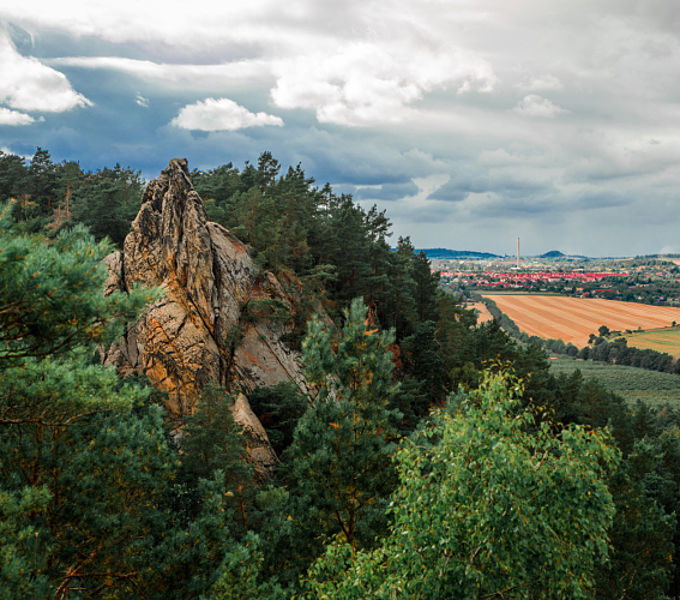 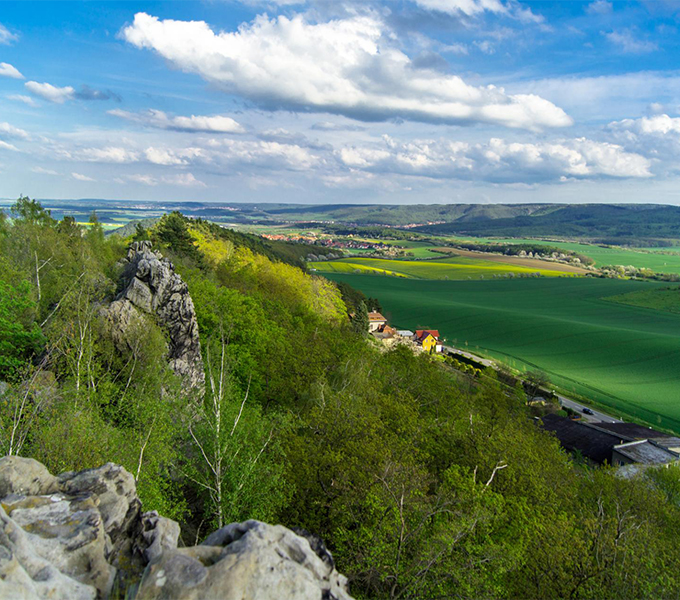